The Challenge of a Lifetime

In his opening remarks, Representative Dusty Johnson (R-SD) stated, “The American farmer, the American rancher, they are producing more with less. They have made the United States the most efficient producer of food and fiber in the world […] that environmental progress will continue because of the solutions being worked on by the witnesses on our panel today, as well as a progress being made by others.”

“By 2050, our planet’s population will increase by 2.2 billion requiring food production to increase by 70 percent,” Dr. Kim Stackhouse-Lawson, Director of AgNext and professor in the Department of Animal Sciences as Colorado State University, said. “Estimates suggests that animal agriculture production will need to increase 100 percent to ensure adequate nutrition to this rapidly growing population,” 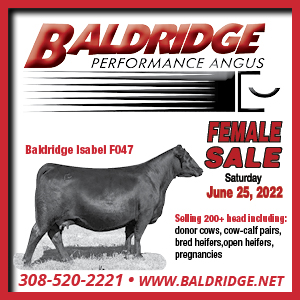 “Sustainability is defined using a three-pillar approach social, economic and environment,” Stackhouse-Lawson said. “Each pillar is dependent on the other, and no one pillar is more important due to the complexity and importance of animal agriculture systems. We must consider interactions and potential unintended consequences of solutions towards enhanced sustainability.”

The three-pillars of this approach overlap and they all need to be equal and balanced to work, Stackhouse-Lawson explained. In her mind, this overlap can be seen by thinking about how they interact with each other and how a sustainable practice might change animal welfare or the cost associated makes the system really challenging to navigate.

“Not only are beef cattle not significant contributors to the full emissions profile, the work cattle and cattle producers do helps to avoid other kinds of emissions, like those from catastrophic wildfire, and makes lands more resilient nationwide,” Brackett stated in her written testimony.

Stackhouse-Lawson brought up that, “greenhouse gases from livestock are difficult to measure,” and the models currently used to gauge emissions from cattle were not developed to consider cattle in their natural habitat. Unfortunately, cattle have a decreased appetite and therefore decreased intake which could affect the emission numbers that the industry uses today.

“The models that are used today to estimate greenhouse gas emissions from livestock are most commonly the emission equations that the International Panel on Climate Change developed. Those

emission equations take into account, components of the diet, in addition to dry matter intake to estimate methane. Given those inputs, they’re accurate,” Stackhouse-Lawson said in an interview.

She explained that there is a gap in research, partially due to lack of funding from grants and private investments, but also because the prediction equations haven’t improved with the industry, such as changes in the genetics of cattle.

Brackett explained how technological advancements, such as genetic testing, efficiency traits, growth rates and more, “are vital to increasing efficiency and therefore environmental impact of the nation’s cowherd.”

When stating the need to research more sustainable solutions, Stackhouse-Lawson said, “It is critical that we develop solutions that are place based practical for farmers and ranchers to adopt and economically viable.”

“Cattle producers are America’s original conservationists, and we work hard every day to ensure that we can pass our operations on to the next generation,” Brackett continued in her testimony. “In addition to providing grass for our cattle, pastures and rangeland provide important ecosystem services – sequestering carbon in the soil, naturally filtering water, and improving wildlife and habitat.”

Brackett’s testimony included a review of the goals from the National Cattleman’s Beef Association’s (NCBA) producer-developed goals for sustainability, which were released in August 2021:

“Cattle operations, and our industry, must be environmentally sensitive, economically viable, and socially responsible in order to stay in business,” Brackett explained.

“It is critical that the strategies generated are applicable to the appropriate region in which the operation is located and improve the overall sustainability of the food system,” Stackhouse-Lawson said.

Many companies have announced Net Zero targets in their sustainability goals, causing a push for the industry to do its part, and quickly. Consumers are also pushing with identifying those goals and wanting to be part of the answers.

“I think when we think about those big challenges, it’s imperative that we need to better understand how to implement this transformation in the supply chain,” Stackhouse-Lawson explained. “So that we can achieve these important goals, but also while maintaining producer economic resiliency and viability and that economic pillar of sustainability is one that not all consumers use to define sustainability.”

In her testimony, Stackhouse-Lawson referred to the challenges facing the industry as “the greatest challenge of our lifetime.”

Please enjoy 5 free articles on us!
You have 1 views left!